GivePulse understands that COVID-19 is impacting our communities. See our latest resources to stay safe and organize events.

"Friends of the Trail" has adopted the SCIOTO RUN NATURE TRAIL, which is a city park within the Hilliard Recreation and Parks system.  Our team of volunteers works beyond the typical adopt-a-park duties, though.  Not only do we pick up trash, but also, we coordinate with the city to restore the trail.  Our team works three days a week for two hours at a time to pull out or cut down the invasive Honeysuckle Bushes from this park.  We also pull out Honeymustard Weed.  We stack the debris, and several times a year, the City of Hilliard mulches up the debris and piles up the mulch.  We can then spread the mulch on the trail.

We've been highly successful already, and we started in April 2018.  About 20 people have served, and we've logged over 460 volunteer hours and counting!  We realize that this is a multi-year project to remove all 11.5 acres of Honeysuckle, and it will take yearly maintenance to keep the honeysuckle at bay, but we are so thrilled to see a more natural Nature Trail that we are very motivated to endure!

We may have started too late, though, for some areas of the park were so infested with Honeysuckle that there are very barren spots after we are done removing this species.

We would LOVE LOVE LOVE to give Nature a jump start and plant NATIVE trees in some of these barren spots.
Causes
Conservation Environment Sustainability Civic Engagement Community
GivePulse
2 People | 0 Impacts | 0 Hours

A few people you will meet... 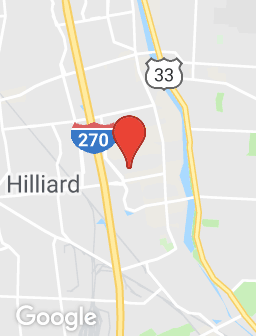